A true unsung hero, John Hart is among the earliest but least known New Jersey leaders of the American Revolution.  He was one of  five delegates from New Jersey who voted for and signed the Declaration

of Independence. Later,  after serving as a Judge, Justice of the Peace, and Legislator he became the

endured during those tumultuous times in the documentary from Dave Hart & EleventhourProductions,

“John Hart: Portrait of a Patriot.”

This high quality feature-length video highlights, in context with the significant

events of the times, the life and times of John Hart the obscure founding father

and New Jersey's first Speaker of the General Assembly.

in order to evaluate the contributions he made to the cause of liberty, freedom and

of whom he knew on both a personal and professional level.

For further reading, be sure to pick up the regional best-selling novel TRENTON,

by Dave Hart & John Calu, as his legacy of hope is carried on to a reimagined,

Americans is on the cusp of being realized. 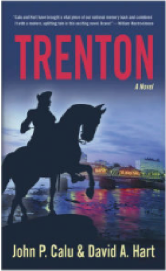 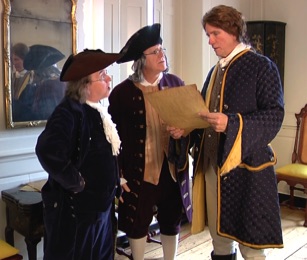